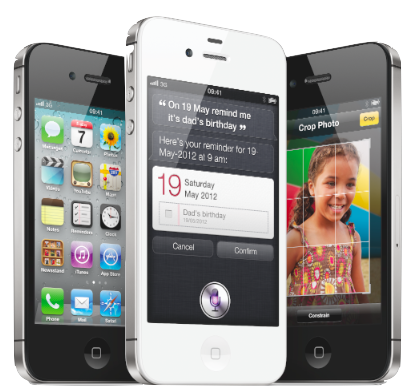 IOS 6 looks to be certain for this Monday’s Apple Keynote, along with what we suspect is a new iPhone and every item in their arsenal, aside the iPad, getting a little something something.

After reading Gizmodo’s article and agreeing with much of what they wanted I started thinking about features I’d like to see in IOS 6.
I would really like to see a complete revamp of the UI. I think Apple has been sitting still for far too long with this and are fallen behind. Apple were the innovators in this field when they brought out the first iPhone. But now we are doing so much more with these devices and how we are using them has changed, and yet Apple’s UI is barely distinguishable from IOS1, where as Microsoft have come along and dropped a fantastic UI on us that just seems to make a lot more sense. So much sense that they have essentially clones this UI for there new Desktop OS Windows 8.

As someone who has far too many apps on his phone, most of which I don’t use, but don’t get round to removing. Some apps I only need on a monthly or quarterly basis but are needed. I would love to see usage based intelligent folders and App icon placement.

If I use an app every single day, it should be on my front springboard screen. If I use it once a month, on the second or third screen as it can fit.
The less I use an app the further back it slips in the screens till it get’s relegated to a folder.

Users should be able to over ride this. But I think this makes a lot of sense.

2. Better Use Of The Notification Centre

The default settings should be either something you can set yourself in the IOS settings or set by Apple to something sensible. That way you could set that default are for nothing to use notification centre and add the ones you want to later, a list which is likely to be far shorter than the ones you don’t.

I also would quite like it if they made the Clear button larger. I think most people would, especially as there is no clear all button and you have to double tap each one.

3. Better Use Of Screen Real Estate

Look at your home screen now… go on… take a look… what’s all those gaps about between the icons? They are giant! Now if you JailBreak your iPhone you can fit 5 icons wide in there… with a UI overhaul you could probably fit more in there, or have bigger, and, as Gizmodo’s article suggests, more useful icons too.

I really can’t work out why Apple limited the amount of home screens you can have to just 11. If you want me to use your product all the time allow me to put as many apps on there as I can without penalty. If I’ve filled all 11 screens with folders or apps then the next time I download an app it’s lost, only runnable by using the Search to find it.

Either see my first point above, or raise that number. Does a limit really need to be set at all?