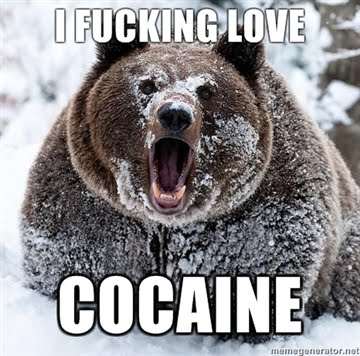 I’ve managed to lose a bit of weight adjusting my diet as I said I would but it’s not being as easy as I had first felt.

I was ready to jump straight back into exercise, raring to go, but life doesn’t always work with your plans. A few unavoidable things have come up that have meant I’ve not always been able to cook for myself. However I have been making better choices largely.

One factor has made it hard to make as healthy choices as I’d like to though. Coca Cola’s evil work. I went to the cinema, as I don’t do it often so I decided a hot dog was an o.k. treat, not great, but o.k. as a treat. I just wanted a small drink of something healthy to wash it down with and drink thru the movie. However that was going to cost me a metric poop ton of money, but if I had a giant, and I mean as big as my head, cola, it would be cheaper.

I bit the bullet and went for the cola, resolute to only drink what I needed from it, as little as possible. So aside from when I had a choking fit in the cinema and had to clear my throat I barely drunk any of this monster drink.

If fruit juice companies start getting in bed with cinemas etc like Coke do then surely I could be drinking a lovely fruit juice or water or such, instead of this head sized carton of sugar?

Can we vote with our feet/mouths?

When the choices are weighted as such can we be expected to vote with our feet/mouths as to what we’d rather have. If the prices were equal I probably would have had just a water that day as I’d already had a couple of fruit juices. But when the cinema tickets cost so much and the other food products cost are upto 85% profit then every penny starts to count.

If I’m heading out to the cinema in the future I’ll be smuggling in a bottle of water. I this what it’s come to?